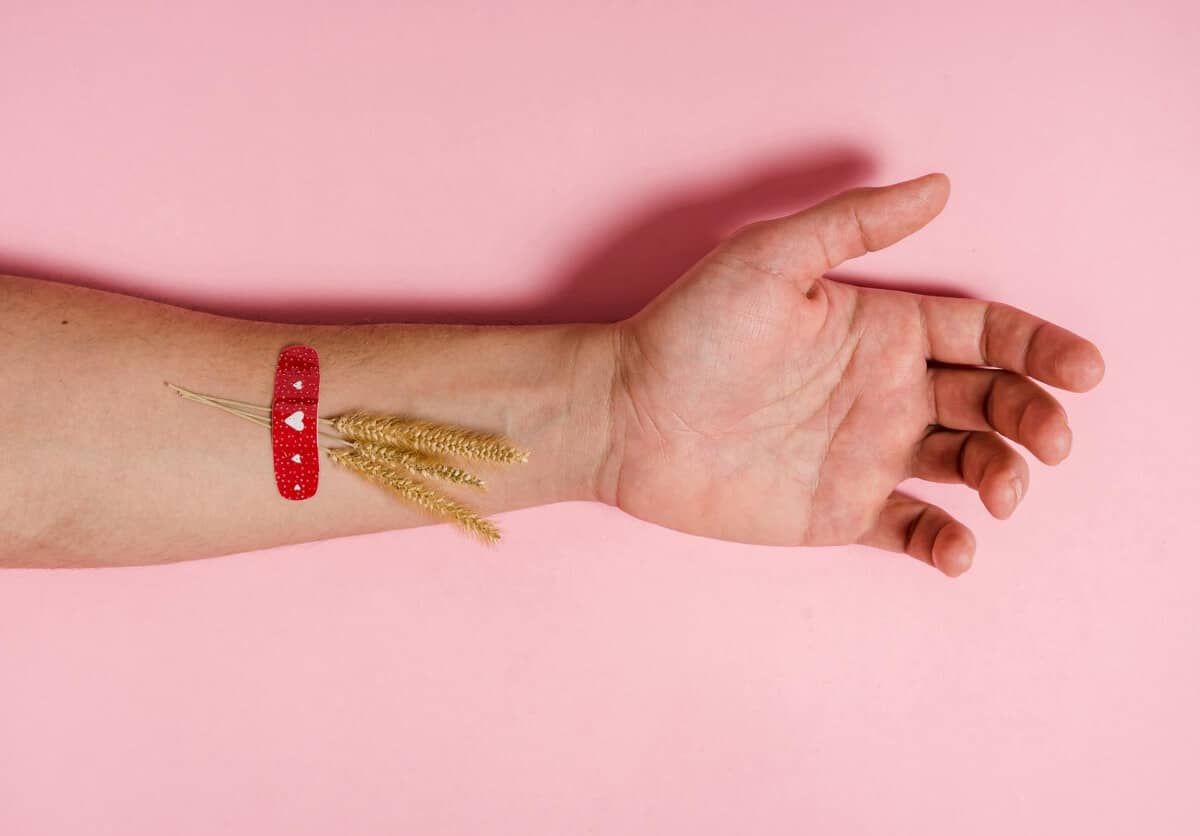 To deal with the Covid-19 pandemic, vaccines have been developed in a record time thanks to the knowledge already acquired on coronavirus (during the SARS epidemic in 2003, and with the appearance of MERS-CO in 2012), our deepest fears are reflected: side effects, development of diseases, components dangerous to health. In this article, we will take stock of this highly sensitive topic.

Man and his health

Man has always considered his health to be his most precious possession. In Prehistory and Antiquity, people did not know the cause and origin of diseases and interpreted them as a curse from the gods. Our ancestors then used “the forces of the spirit” for therapeutic purposes: poetry, music, dance were considered excellent means of healing. Over the centuries, humans have gradually acquired a certain knowledge of plants to heal themselves. Faced with the spread of disease, humans then turned to other means to cope with the plague and smallpox epidemics.

History and origin of the vaccine

While the therapeutic concept seems to have been discovered in the 18th century, the origin of vaccination dates back to ancient times. Around -430 BC, it had already been observed, during a plague epidemic, that people who once had an infectious disease did not fall ill again. The latter could thus safely treat and stay at the bedside of the sick and dying. These people were immune.

At the start of the 16th century, smallpox came back and decimated the population. The idea then arose, long before Jenner and Pasteur’s experiments, of inserting pus from a sick person’s pustule into a healthy person’s body through an incision in order to protect it. This process will be called variolation and then inoculation. But it is difficult for philosophers to admit the benefits of this radical practice. Many people die from this inoculation. Smallpox is seen as evil, but inoculation is seen as an even greater evil. Religious arguments prevail at this time to reinforce this refusal. God is the only master of fate and to vaccinate is to bet on a disease that one could possibly have. This act is considered presumptuous.

Vaccination as it is known today was developed by Jenner, an English country doctor who attempted the first inoculation in 1796. His discovery was a turning point and a revolution. Jenner had noticed that cows and farm maids who came into contact with cows infected with vaccinia (cowpox) developed a few pustules and no longer contracted the disease afterwards. He decides to take the liquid from one of the pustules and inoculate it into a healthy child. The child will have a very mild first outbreak of smallpox, will recover quickly and when the child will later get the disease, he will never develop it again. He thus developed the concept that injecting a milder form of the disease can prevent the development of a severe form. Vaccination was invented. This success led other scientists to apply the same process to other pathologies. Pasteur examines hen cholera, sheep anthrax and human rabies in 1886. Gaston Ramon developed the vaccine against diphtheria. The way was open and the vaccination process spread to a number of diseases: malaria, tuberculosis, measles, tetanus, rubella …

Vaccination: an individual and collective benefit

It is undeniable that every year vaccination saves lives. It is beneficial both individually by protecting vaccinated people) and collectively (by preventing the spread of disease). It is the overall immunization coverage by group immunity effect that protects the individual.

Debates around vaccination have always been going on. From the origin of the concept in the 18th century, the greatest scientific minds were opposed. Bernouilli, who was for the vaccine, relies on collective future survival gain (lien: https://www.afis.org/La-variole-de-l-inoculation-a-la-vaccination), while D’Alembert argues for immediate individual risk. The benefit of the vaccine is in fact twofold because it is a drug that protects each individual but administered with a public health objective to limit the incidence of a disease on an entire population.

So we quickly understand that faced with the individualism of our societies, where the collective interest is fragile, running the risk of being vaccinated to protect others, can be an insufficient motivation. Furthermore, the role of everyone in communicating about the benefits of vaccines is important.

Why should you get vaccinated?

The principle of vaccination is to protect a person against disease by stimulating their immune system.

It is first and foremost individual protection against disease. The hepatitis B vaccine protects against liver cancer, just like the papillomavirus (HPV) vaccine prevents cervical cancer.

Thus a disease like smallpox was completely eradicated from the world in 1980 completely from the world by a massive global vaccination campaign led by WHO.
But the vaccine is also a response against fear, against anything that would threaten our humanity. Scientifically designed vaccines have no other purpose than to fight against the scourges feared by all.

However, it is clear that these vaccines which originally helped reduce “fear of infection” have gradually replaced “fear of the vaccine” for some.

The bad reputation of vaccines

Despite an undeniable benefit-risk ratio, part of the population in the West remains suspicious or even reluctant to vaccines. Reluctance to immunize has grown considerably in recent years. Recent news has highlighted the problems associated with the rejection of vaccination. The WHO says “vaccine mistrust” is one of the top ten threats to global health » (lien: https://www.who.int/fr/news-room/spotlight/ten-threats-to-global-health-in-2019). But what is the cause of this bad reputation for vaccines?

Over the centuries, different beliefs or proven facts have been established, reinforcing the fears of the population. The fight against infection by vaccination was considered witchcraft or false medicine, like any advance in science. Knowledge must be able to counter ignorance.

But still, part of the population is concerned …

The possible side effects are known for many vaccines: fever, fatigue, chills, pain at the injection site, allergy, headache. But they are ultimately mild or moderate in intensity, and transient. The balance between the risks and the benefits for your health is – in all cases – in favour of your health. Everyone has different side effects.
Regarding adjuvants that are considered dangerous contained in vaccines, such as aluminum salts or thimerosal (mercury derivative), studies carried out over more than ten years by the WHO and health agencies (EMA) ensures that the doses used are minimal for any risk of toxicity to humans. But sometimes it is difficult for some to forget the cases of localized muscle damage caused by aluminum salts.

Sometimes, people who refuse to be vaccinated question the efficacy and safety of the products, the possible long-term effects of the vaccine, opposing a Big Pharma industry and the risks of developing diseases. These people do not trust pharmaceutical companies and health authorities in the face of the latter’s lack of information and transparency, and mistrust of medicine and public authorities has become established.

The next few years should see a communication effort on the part of caregivers in contact with these people (attending physicians, local pharmacists, private nurses) to dispel the fear of the side effects of vaccines and improve everyone’s perception of the seriousness of the disease, which is not the same for all citizens.

Fears about the vaccine show a crisis of benchmarks and values of medicine and society.

A natural immunity versus vaccine immunity

Only the vaccine or the disease itself can stimulate the formation of specific antibodies against the virus or bacteria that cause this disease. So is it better to get the flu jab or catch it so that the immune system naturally develops its defenses over the long term?

Every year, we die of flu despite the existence of a vaccine, updated every year, and the action of naturally developed antibodies.

Immunity is the body’s natural defense response against infectious disease causing agent. It is the very principle of our body to immunize itself in order to protect itself. If nature often does things better than us, in this area medicine must help in particular through prevention (social distancing) and vaccines.

It is dangerous to think that the immune system can defeat the disease on its own: rabies or tetanus are lethal diseases against which our immune defenses alone are powerless, whereas a vaccine is completely effective, if given at the right time.

The best, the most effective and the most economical medicine is prevention. Seeing your doctor to stay healthy should be obvious. Western society, which offers to see your doctor when you are sick, is opposed to Eastern society, which encourages you to see your doctor when you are in good health, but especially to remain so. Traditional oriental medicine is based on the idea of prevention rather than cure.

This relationship between the doctor and the patient has always been a sacred bond, in which no institution can intervene.

Medicine has evolved a lot in recent years. The morbidity rate is falling, deadly epidemics are no longer dominant, the progress made is enormous in all scientific disciplines, the therapeutic arsenal has grown, and yet the disease is still very present in our lives. Would it have taken another form? Is it adapting when so much effort is being made to contain it? Conversely, globalization, movement of populations, global warming contribute to the progression of certain diseases such as AIDS, or the spread of dengue fever and other hemorrhagic fevers. Isn’t the disease ultimately inherent in human nature? So many questions that hover over Mankind.

The best vaccine for men

For the survival of species, could we not invent a vaccine against stupidity, ignorance, and indifference? Less widespread, less contagious, and less dangerous for our species, which devours the social bond, scleroses all humanity, atrophies feelings, and necroses benevolence.

What if we inoculated in large doses love for others, sharing, empathy, compassion for a better world. Very useful for the survival of our species, this vaccine does not expire, is still available on the market, has a low manufacturing cost, and no harmful side effects. It would be of public health to make it compulsory, and this from an early age with a few booster shots during his life.

With the participation of Doctor Hervé RAFFIN

You may be interwsted in these posts

Using BioHacking to improve your health

To live better, certainly, but in the best conditions, such is the challenge that Humanity is about to take up. Facing the limits of modern medicine, more and more people are turning to BioHacking to improve their health and optimize their performance. Discover the concrete practices and methods to implement in your daily life to […]

Identifying the source of your vibratory rate for a fulfilling life

After a new school year, you have had to face new changes and ways of life. There are many challenges in these difficult times. In this article, Golden Care shares its secrets for bringing more happiness into your life and being in good health. What if increasing your vibrational energy could have a positive impact […]

Please provide us with your: