Board games: activities to boost your health 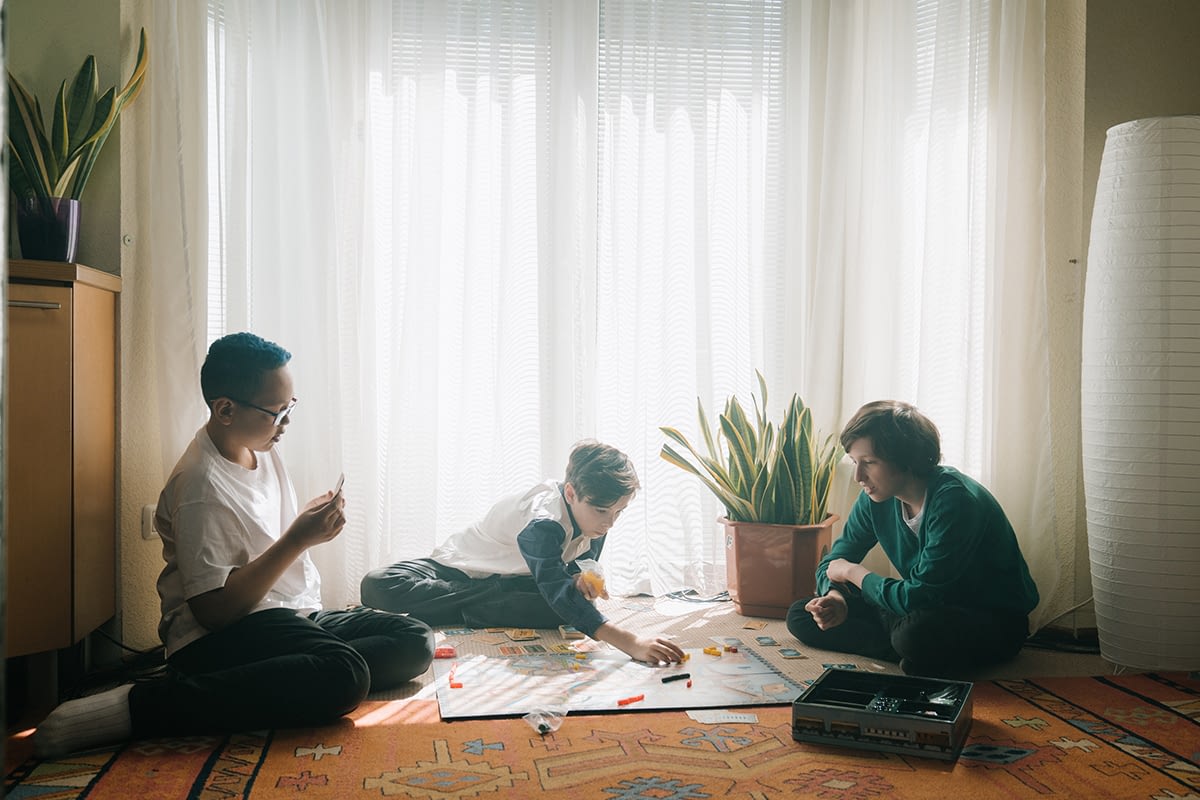 At the origin of civilization, board games opened a new chapter. It is now possible to have fun with others, but while respecting the rules and objectives to be achieved, including one ultimate goal: victory. It is a pleasant and unifying pastime which, beyond a simple activity, brings unexpected benefits to our health and our cognitive abilities.

The board game is part of the human DNA

Man is a homo sapiens, of course. But if you inspect him closely, we could even say that he is a homo ludens. The human race has always been very playful at all ages and in all civilizations.

The first traces of board games were invented at the end of the Neolithic period. Man plays with bones or stones. Play is not seen as a basic need, essential for survival. Yet it finds its place within the group, serving as a tool for learning, education and socialization.

This leisure activity says a lot about our society, its developments, its participants as well as the qualities of the players. In fact, it is agreed that “you can find out more about someone in an hour of play than in a year of conversation.”

Why play board games?

At first, our appetite for board games hides a need, that of entertainment but also that of confronting others. It must be recognised Humans play to win. The result is a stimulation that acts on our well-being. Areas of the brain, called reward or pleasure areas, are in turmoil.

In addition, board games, just like video games, offer us the opportunity to simulate another life or to prepare for it: become a billionaire and buy the Champs Elysées, go bankrupt at Monopoly, have a family and endure various constraints as in Destins, or the Sims and their dream life.

Board games to learn about life

From an early age, board games are part of our daily life. They are designed to promote our learning, learn group life with family or friends, obey rules or learn to bypass them (for bad players). This activity also opens up other fields on which human beings can build themselves: setting a goal, waiting their turn, accepting to lose, playing as a team, taking initiatives, counting points, allowing themselves to be carried away by chance. These are qualities that are useful to master in order to improve your relationship with other people. This is another way to learn the rules of life, to control your frustrations, impatience or annoyance. In any game, choices will have to be made, decisions that may prove painful for the rest of the game or on the contrary filled with joy.

The world of board games offers a variety of possibilities for entertainment. You can opt for a board game, a card game, a game of skill, strategy or chance. Some games are based on action or cooperation, others on reflection or simulation.

The surprising benefits of board games on the body and health

It is surprising to see the benefits of board games on the human body and brain. Playing maintains motor skills, concentration, memory and improves our mental arithmetic. It is even recommended for dyslexics or degenerative diseases such as Alzheimer’s.
The board game provides real moments of pleasure and brings unexpected benefits to the players. At times, it even takes a form of therapy focused on personal development.

Indeed, the board game helps to:

Board games to avoid if you want to remain good friends

In this ranking, Monopoly and Uno are at the top of the podium. Between those who invent new rules, those who steal banknotes, those who deliberately slow down the opponent (that’s the game!) Or those who rejoice in the misfortune of the other, a game can quickly turn into a nightmare. Friendliness, respect and good humor are quickly forgotten.

Many parties end up in verbal and even physical arguments or sulking for the rest of the day or evening. So much so that 22% of people questioned say they ban board game activities with family or friends or even do not offer the wrong player to join a game.

We all know a sore loser around us. Following his defeat, he groans, gets angry, sulks, questions the rules of the game, shows bad faith and can even go so far as to throw the game board to the ground and slam the door. At this point, playing is no longer a game. He saw this loss as a personal loss with all the pain that it caused.

So why do some players fail to admit defeat? It all depends on everyone’s expectations of the game. Some players perceive the board game as a moment of relaxation, conviviality, laughter, without any stake in the final outcome. While others will be focused on winning with a competitive mindset. He sees this as an opportunity to prove to others that he is indeed the best. He wishes to experience recognition and success. This is felt in other areas of life: The sore loser will be the one who wants to get into the metro first, get to the top of the stairs before everyone else, bet on the winner of Eurovision, Miss France or a football match. He likes to win. He struggles at work, overinvesting all areas of his personal and professional life. For him, losing is not an option. He is part of a world in which he is all-powerful.

It is then difficult to make him understand that “I lost” does not mean “I am lost”. The game is also used for this: to make us grow, to make us accept defeats. Thus, it will resume its primary function: to have fun and relax.

Towards the end of board games?

With the reign of digital, it was legitimate to fear the end of board games. Video games, time spent on a tablet, smartphone, or computer screen, have they got the better of these convivial afternoons or evenings?

Strangely, no. The board game world is doing very well. Game authors, illustrators and publishers compete to bring us new games in new themes.
2020 has been a landmark year for the entire world population and also for the world of board games. The repeated confinements, the change of habits and the need to allay one’s anxiety caused a real craze towards board games, with the sector growing by + 10% versus -5% the previous year. Wasn’t that the best way to bring the family together around the same activity, to laugh, to get away from it all and to keep the children and parents occupied. With this new breath, innovations follow one another, concepts evolve and games get a new look. For example, the timeless Mille Bornes brought up to date in a “green” version that offers electric vehicles.

Present in our lives since the origin of humanity, board games have been able to adapt, renew themselves, extend to all continents and promote social ties. They have taken different forms over the centuries while still carrying the same values and based on the same strength: the sharing of emotions of a group of people around a table in order to have a good time together. There is no doubt that the board game will live on as long as humans live.

You may be interwsted in these posts

Using BioHacking to improve your health

To live better, certainly, but in the best conditions, such is the challenge that Humanity is about to take up. Facing the limits of modern medicine, more and more people are turning to BioHacking to improve their health and optimize their performance. Discover the concrete practices and methods to implement in your daily life to […]

Identifying the source of your vibratory rate for a fulfilling life

After a new school year, you have had to face new changes and ways of life. There are many challenges in these difficult times. In this article, Golden Care shares its secrets for bringing more happiness into your life and being in good health. What if increasing your vibrational energy could have a positive impact […]

Please provide us with your: